Nuru Sherpa was born on 14sept 1998. He joined Adventure Victory Team pvt.ltd at 2016 as a Tour Manager. He is leading a lot's trekking and tour programs. He is Well behave, Supportive & a hardworking personality.

Sancha was born in 1992 Solukhumbu, a district of Mount Everest. He is an honest and adventurous young man. From the school level he was so talent as well hardworking. He used to be always first in the school level. Simple nature and hardworking  is part of his success. From the school level he developed the leadership being as class monitor. He has an extraordinary leadership ability so every clients feel like vary lucky to join with him for adventure travel in Nepal's himalayas. His leadership ability proof that, he wrote his name in the world's prestigious world record Guinness book and he led that team. He is not only the team leader, he is president of world record holders society too. Society and and under his leadership they made success world's highest climate summit 2022 on may 29 2022. For the summit two American university's scientists were participant there. It was on everest base camp 5364 metre. He has already success  several national and international projects.  Appreciating his contributions in various fields, national and international organizations have also honored to him.  We consider ourselves lucky to have a distinguished staff like him.

Born on 17th April 1989 in Sotang, a remote village of Solukhumbu district, Laxman Karki entered the tourism sector as a porter just after finishing school in his hometown. Enthusiast, hardworking and sincere in nature, Mr. Karki quickly went on to become an assistant guide from porter and ultimately the founder (CEO) of a Company. He established a travel and trek company called Adventure Victory Team in globe. Though he was quite young at that time but had got massive experience in the field of tourism, working as a porter and assistant guide. These experiences and hard work helped his company to build trust, as a result, many of his foreign friends and their circle gave him a lot of support. During the course of his business, he has traveled to different parts of the world which has given him the opportunity to learn global practices in the field of tourism and he has implemented that knowledge into his company. Apart from his mother tongue, he has a strong command of English, Korean, and some Asian languages. Even though he is busy most of the time in the tourism sector, Mr. Karki has managed time for society. Participating in social events organized by different social organizations, he is always ready to help needy people. Not only he sit beside these people but also raises his voice in their favor. He has contributed financially and morally in the field of education and health in schools and health centers in his hometown. His plan in the future is to contribute some percentage of his profit from his business to the education of the poor people in remote areas of Nepal.

The tourism sector has given him not only money but name and fame as well. So he is always fascinated​ by this sector and tries to do something unique. This attitude helped him to achieve the Guinness Book of World Records for filming a music video at the highest point in the world. He is also founder of public foundation. 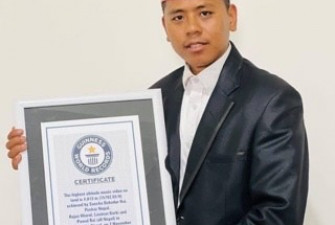 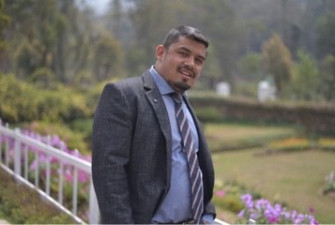